It was wonderful to be able to escape the crowds that had descended the South Coast on mass.  It was Christmas after all.  The previous day was hot and sunny and so this day we welcomed the cloudy weather that threatened to shower us with rain.  The day began with its usual tea at Beacon Hill in the Umtumvuna and then we quietly meandered down the hill heading towards Mr. Nic’s Gully as Simon has requested, he’d like to spend more time learning about trees.  Our first refreshing lesson was telling the difference between Ficus burkei and Ficus natalensis.  Ficus natalensis has a stalk whereas Ficus burei doesn’t.  A handy tip to know if in question.

The Eulophia horsfallii was in bud but still an un-impressionable height as it was only waist high when considering how tall it gets when looking at the flower face to face.  Two were promising to flower and a Satyrium sphaerocarpum flowered in the shade in the gully of the forest.

The Ophrestia oblongifolia grew prolifically and Thesim cupressoides glowed like that of a lion’s mane.  We had a chuckle once again at the name that graced the spade like flower of the Hybanthus enneaspermus.

Carefully we navigated ourselves down the steep slopes and into Mr. Nic’s Gully where we saw Gerrardina foliosa, Pseudoscolopia polyantha and Gymnanthemum corymbosum.  On the forest’s edge Memecylon bachmannii stopped us in our tracks with the flowers looking like blossoms and Dorothy said that she hadn’t seen it flower in twenty years!  The trees were a mass of beautiful flowers growing off the branches so delicately.

Pavetta bowkeri also made us stop and we felt its beautiful long satin leaves and Gail thought it felt a lot like comfort…  A good tree to have, when necessary, like a small child having a teddy bear.  The flowers truly were fit for a bride.  Dorothy pointed out to look at the black glands that are found in the mid-vein.

One could easily over look the tiny flowers that grew off the Bulbophyllum scaberulum and the years it took to produce such an impressive orchid.  One certainly needed a trained eye to pick up the flower and admire its beauty.

Rangaeris muscicola flowered on the rocks nestled in between other orchid species.

Growing on the Anastrabe integerrima which was about to begin flower was a parasitic plant of the Loranthaceae family.

Tiny flowers cascaded from the Putterlickia retrospinosa, it’s spines that point backwards is always impressive and even though its spines look menacing it’s the Smilax anceps that leaves one’s legs shredded each and every time.  That’s a good boundary plant to put around one’s property.  It’s going to leave someone grumpy and we know it as “The Leg-Ripper!”


Heading home we admired the rocks and we put on our rain coats as it was quite chilly and drizzly.  Cycnium racemosum flowered away in a milkshake pink. A Tritonia disticha danced in the breeze and right at the end the delicate Tulbaghia acutiloba flowered in a soft apricot hue.

Posted by Gail Bowers-Winters on January 03, 2022 No comments: 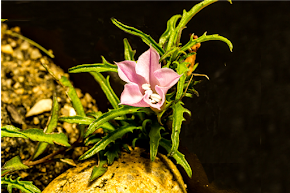 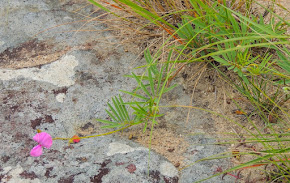 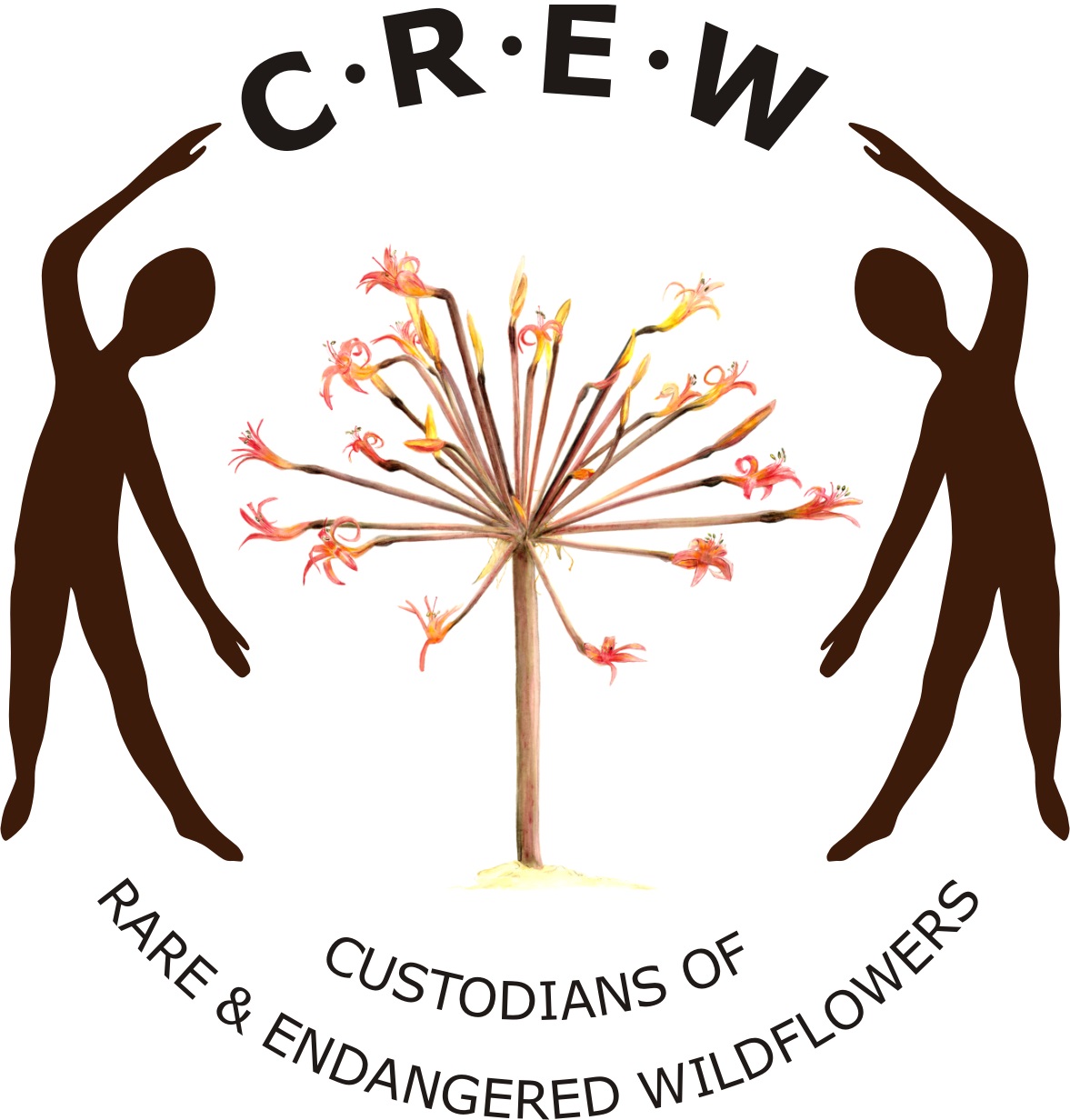